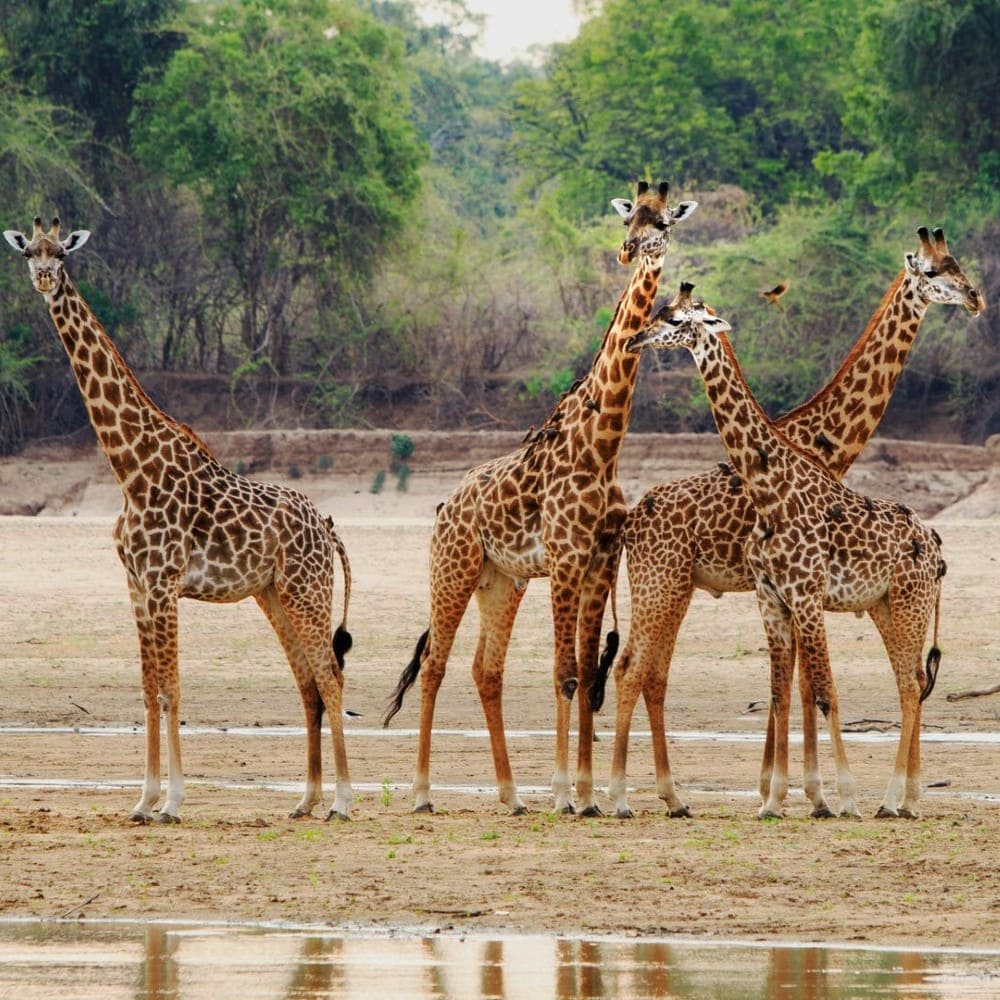 The South Luangwa National Park in Zambia is one of the most magnificent destinations of Africa. Rich in wildlife, this national park houses various herbivorous and carnivorous animals and almost 400 species of birds.

The focal gateway of the South Luangwa National Park is the Mfuwe Village. The main entrance of the park, Mfuwe Gate, is situated nearly 1.8 km further from the village. The entrance is marked by a bridge crossing the Luangwa River. The best time to visit the park is the dry season between May and October, as the park becomes mostly inaccessible during the rest of the time of year due to heavy rainfall. 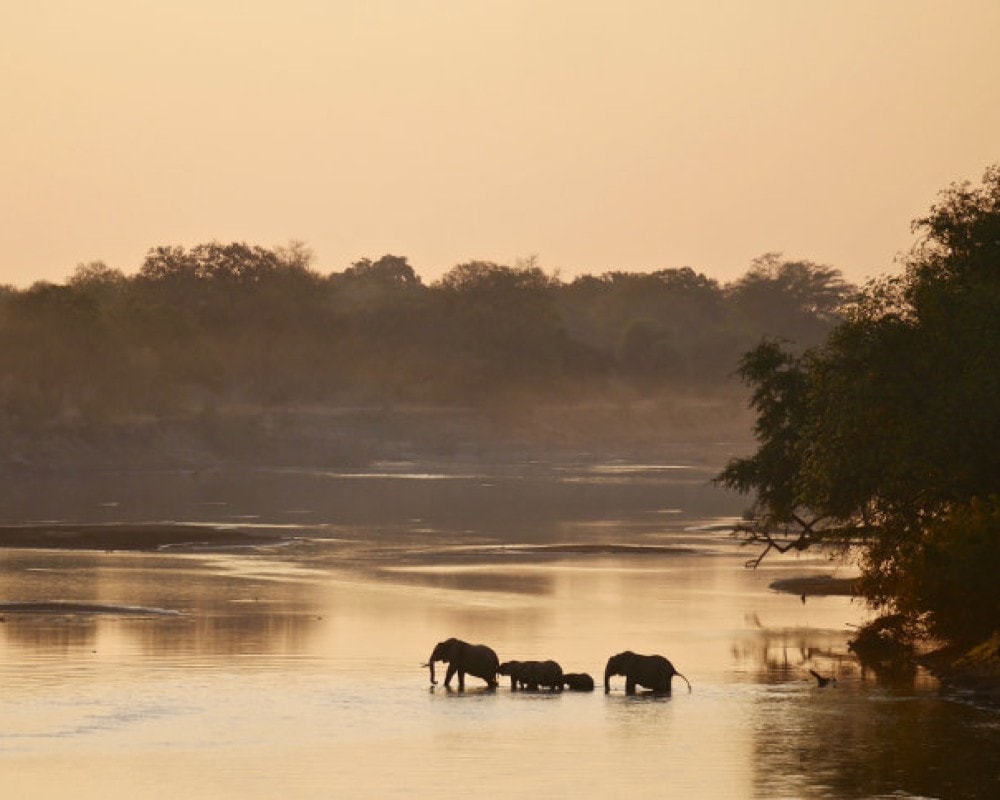 The lifeline of the park is the wide Luangwa River. Rising near the Zambia-Malawi border at far northeast, the 800 km long river flows southward through the wide Luangwa Valley. The river generally flows all year, but in the dry season, it gets very shallow, exposing vast midstream sandbanks, usually covered in groups of sun-basking crocodiles or Nile cabbage munching hippos. By continually changing its course, the river forms many oxbow lagoons in the park, which are the best wildlife watching spots in the season. 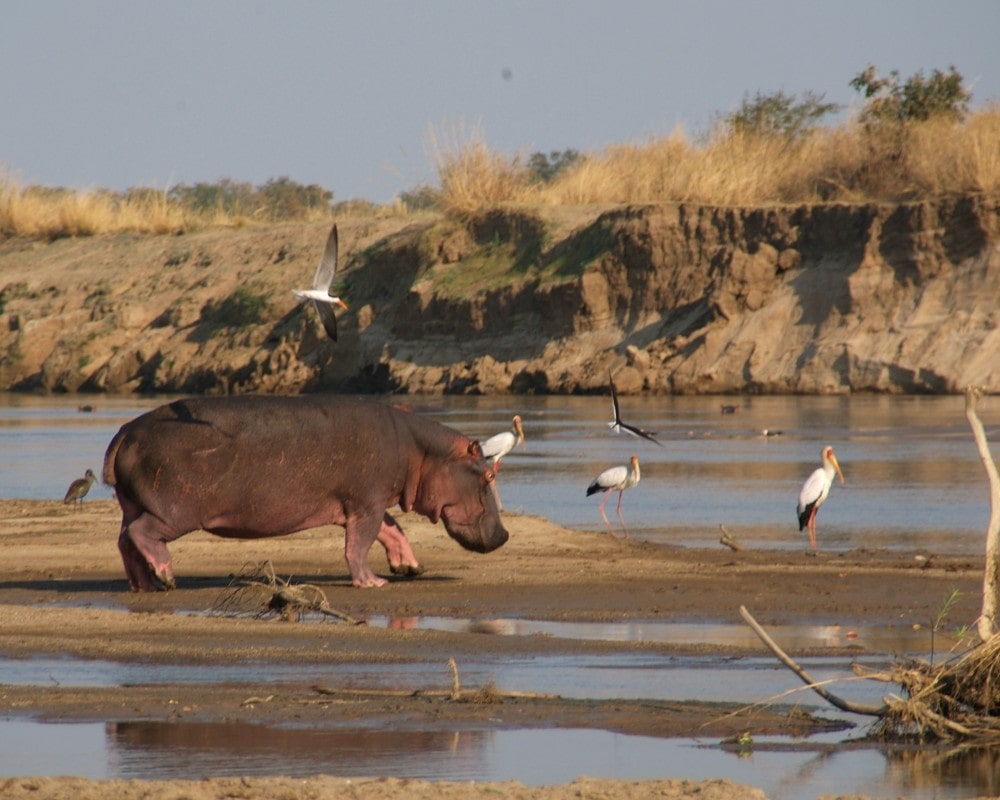 The park is well-known for particularly large buffaloes. In the dry season, herds of buffaloes can be seen marching through the wide, open plains to the river for drinking, creating a dramatic spectacle. Especially around Mfuwe, elephants can be spotted very easily, as they wade through the marshes fearlessly, being used to wildlife vehicles and human activities. Night drives in the park are ideal for seeing lions and leopards. They can be spotted hunting in the dense woodlands during the daytime. In the day, groups of impalas, pukus or waterbucks roaming lazily creates a serene wild landscape. Also, the park is a refuge to some rare species and local subspecies like an uncommonly light-colored Cookson’s wildebeest and a distinguished dark neck patterned Thornicroft’s giraffe.

There’s a reason why so many people travel to Barcelona every single year. In fact, there are many ...

Take A Luxury Vacation To Antarctica

Get your snow boots, clamps, and down jackets ready for an adventure like no other: Antarctica. ...