China is a hugely popular tourist destination, and it’s not hard to understand why. From the bustling tech-savvy cities to the ancient temples, this country is a melting pot of culture, advancement, and some delicious food to boot. Of course, you probably already have numerous Chinese destinations on your bucket list, but a visit to China’s Red Beach should certainly find its place onto that bucket list sometime soon. 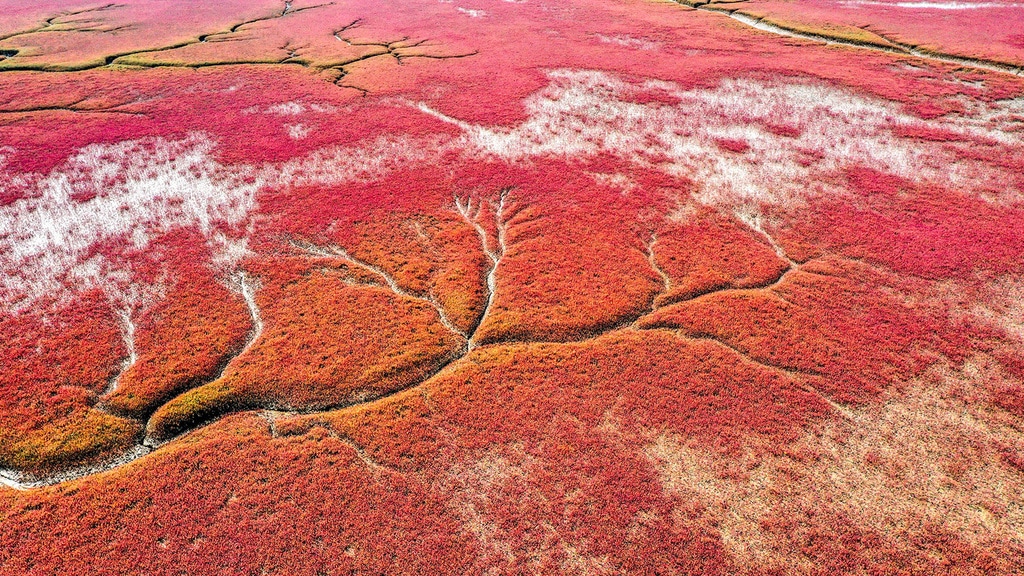 While China is rarely recognized for its beaches, it’s safe to say that the Red Beach is a seasonal phenomenon that puts the country on the map. This beach, located in Panjin, is not your average beach, though. Instead of seeing golden sands and aquamarine water, this beach is more like a red blanket on the ground.

What’s so amazing about Red Beach is the fact that this area only becomes this deep crimson red between September and October each year. That’s because this phenomenon is caused by a wildflower called Suaeda salsa, which grows in these wetland conditions. Throughout the year, this wildflower changes color as it grows. First, it grows light green before turning bright red later in the year. There’s around 18km of this flower along Red Beach, which ultimately causes this stunning blanket effect. 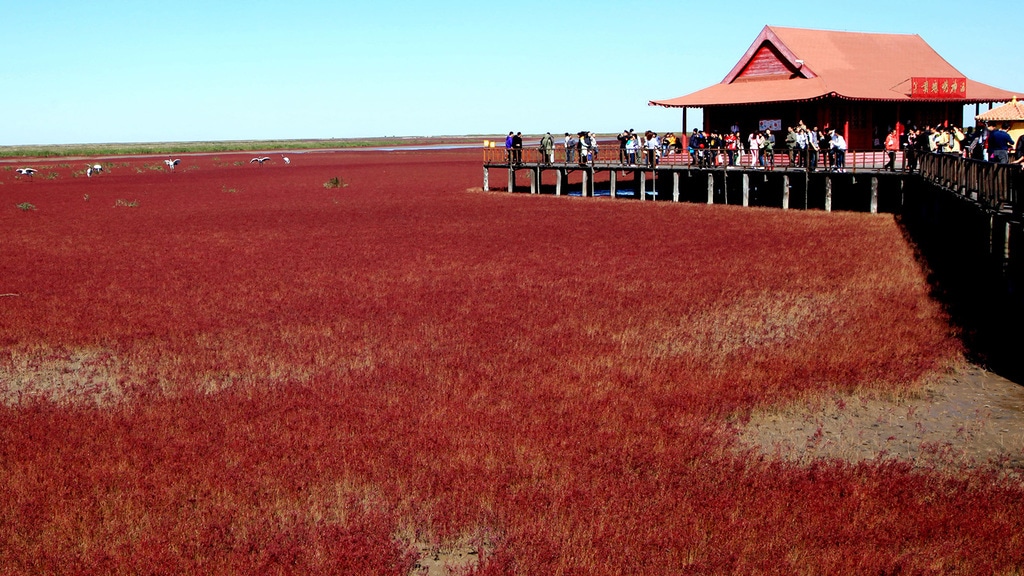 As well as looking incredible, Red Beach is also a paradise for the wildlife that lives there. Much of the beach is closed off to the public, which allows the animals to thrive in this environment. From 260 types of birds – including endangered birds – to fish and other animals, it’s safe to say that Red Beach is one of the most spectacular places on the planet.

It may be a little late to enjoy what Red Beach has to offer now, but you should definitely add it to your bucket list for next year. After all, you can make up for lost time.

Puerto Rico is proud to unveil its very first glamping site. Despite being famous for its beaches ...

Paris is the City of Light. This comes from the fact that it was (and is) literally bright, as they ...

Tourists Have A Hard Time Adjusting To These Jarring Cultural Differences

Traveling to a new place gives you perspective. One of the things that differ from place to place, ...