A furniture maker from West Cork, Ireland, has created a business out of one charming experience between her and her son. After creating one miniature set of buildings that resembled her hometown, she created TinyIreland, which is now a huge hit with tourists.

The spark for the business came one day in 2005 when Anke Eckardt helped her son recreate a small version of their local village, Ballydehob. The end result was a beautiful, colorful set of small buildings. Ultimately, it inspired Eckhardt, who is also a boat builder, to make a living from this successful pastime.

As time went on, Eckardt decided to branch out to other parts of Ireland, recreating some of the most stunning, villages, cities, and sites of the Emerald Isle. Some of her projects represent places such as Galway, Bunratty, Dingle, Limerick and of course, Dublin. With time, stores around the country were selling her kits.

“The reaction to my idea has always been encouraging,” she said. “My model kits are very popular with tourists, as it is an unusual souvenir, special to a particular place and very easy to send or pack. Locals love to send them abroad to friends and family, and I get requests from people all the time asking when I am coming to do their town.

For Eckhardt, the selling point is the familiarity, the nostalgia, behind the art. “I think people get excited about seeing familiar buildings in miniature, and also about the fact that they can assemble it themselves,” she said. “Whenever I complete a new kit, I take the assembled models to each of the shops or pubs, and it’s always a big surprise.” 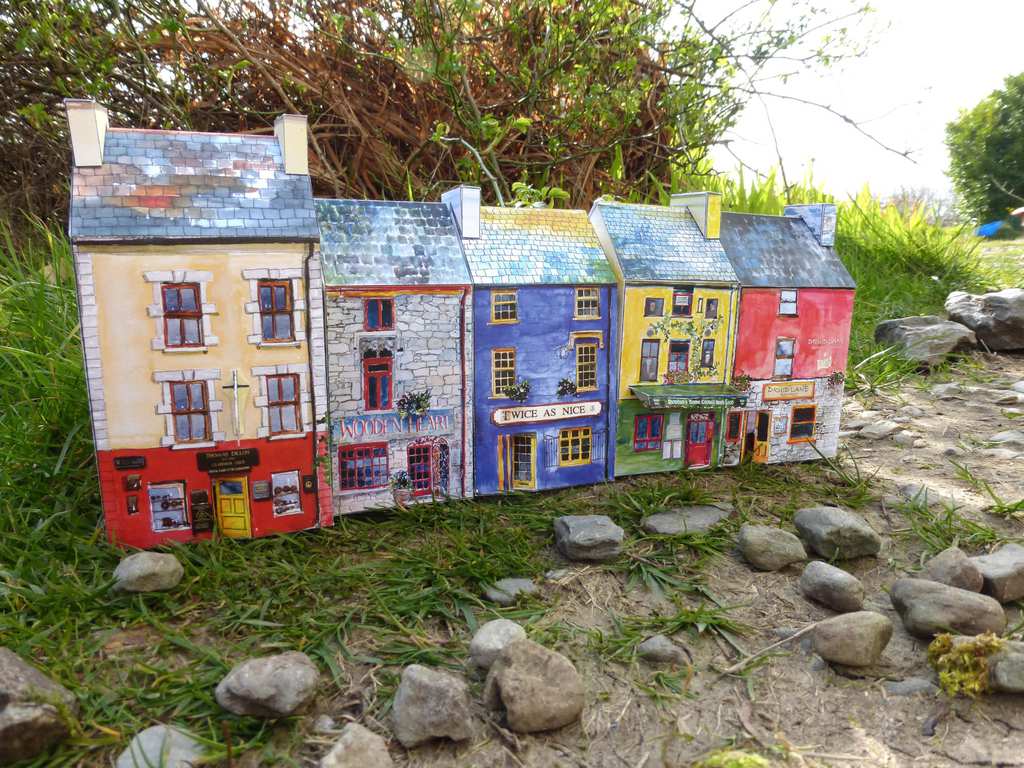 Due to popular demand, Eckardt has also been taking special, private requests of sites customers wish to have recreated in her style. Many institutions such as universities, hospitals, and even pubs have contacted Eckhardt about potential models.

Planning a trip to New York may be off-putting with the high hotel prices. That is, until now. The ...

Just when you thought the happiest place on earth couldn't get any happier, it has gone and struck ...

How to Enjoy an Eco-Friendly Visit to the Galapagos Islands

When you think of your dream vacation destination, there’s a high chance that you don’t think of ...