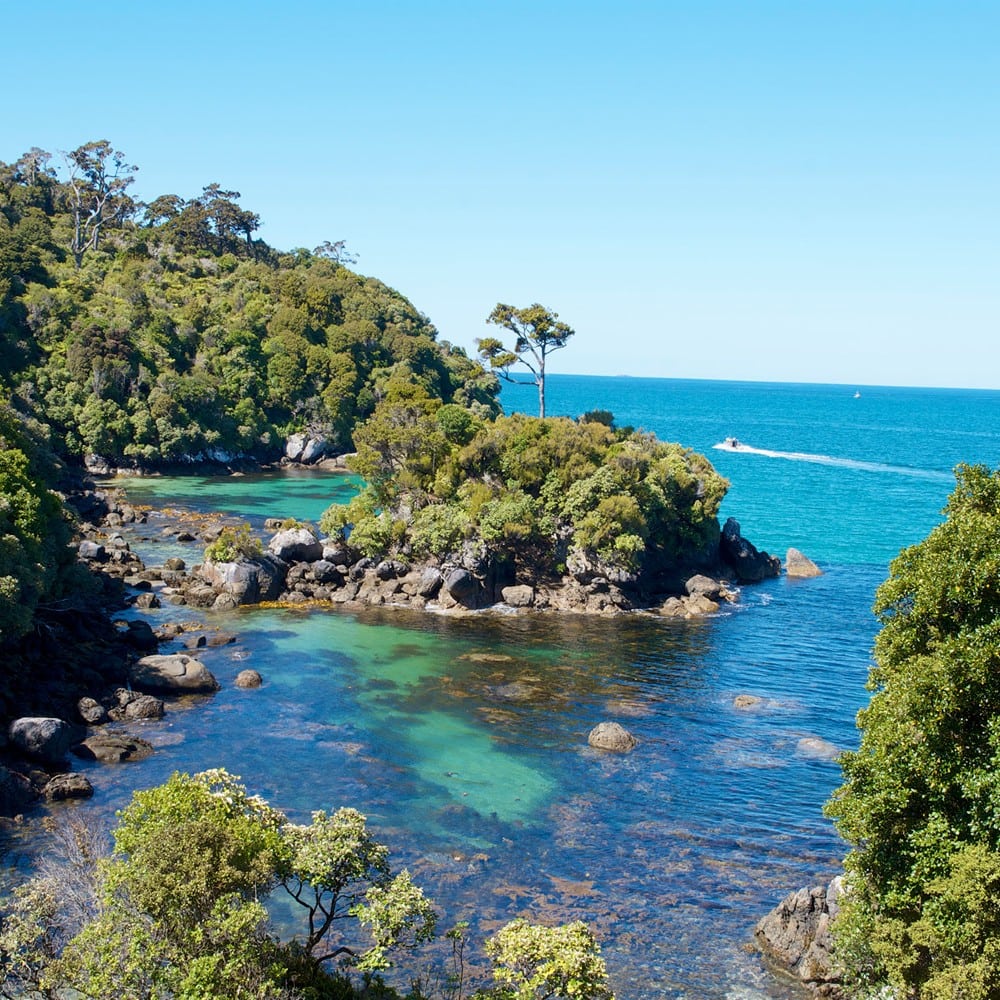 It’s no secret that New Zealand is a beautiful country dotted with scenic spots and natural treasures. Stewart Island, or Rakiura in the Maori language, is a remote island, full of the best bits provided by Mother Nature. The name Rakiura translates to the land of the glowing skies, an apt name for the island. It’s one of the few places on Earth to observe the Aurora Australis or the Southern Lights. The island is also an un-spoilt treasure trove of nature with ancient rainforests, pristine beaches, and rare wildlife. 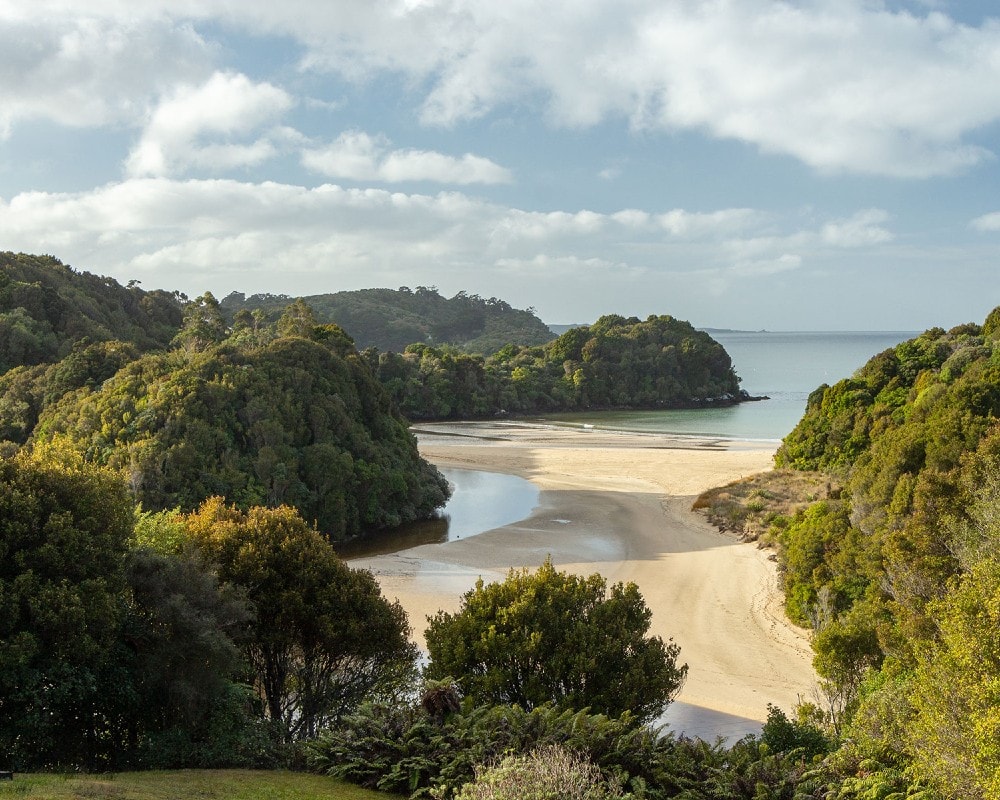 Located 19 miles from the South Island, at the southernmost point of New Zealand, this isolated isle is almost entirely occupied by the Rakiura National Park, with 85% protected land within its boundaries. The national park contains pristine beaches, ancient rainforests, gushing waterfalls, and an incredible hiking trail. It also has a birdlife unique to the region, including the national bird and symbol of New Zealand, the kiwi. Stewart Island is the best place in the world to spot kiwi, where the species outnumbers the human population 50 to 1!

Along with the kiwis, the uniqueness of Stewart Island lies in its native wildlife on the backdrop of primeval landscapes that have remained untouched for millennia. It has plant life even predating the dinosaurs! Visiting at the right time will give you a once-in-a-lifetime opportunity to encounter enchantingly stunning night skies, full of sparkling stars and illuminated with a rainbow of bright neon-colored rays. 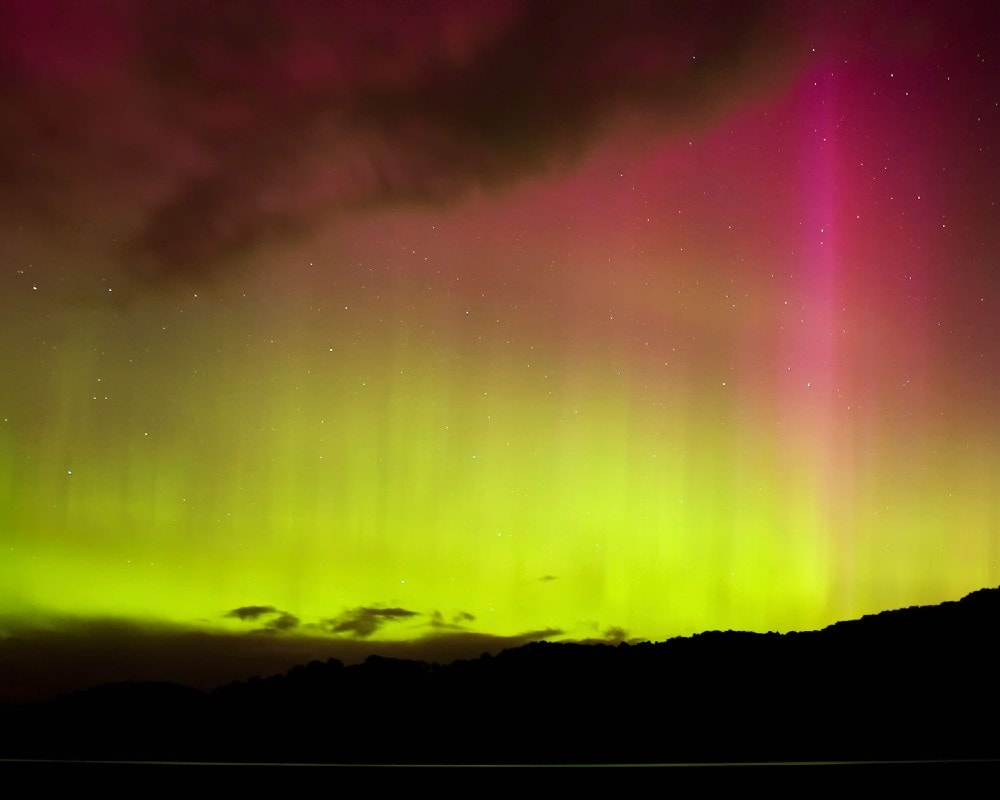 As expected, there are virtually no man-made lights on Stewart Island, which provides the perfect conditions for the Southern Lights to shine through. Watching the Northern Lights, or Aurora Borealis, is a common bucket-list activity that draws travelers from around the world to Norway, Finland, and Iceland. But, the Southern Lights, or Aurora Australis, are just as stunning, and Steward Island allows travelers to experience it to its fullest. You’ll enjoy the striking Lights in a secluded setting, surrounded by a serene soundscape of crashing waves and birdsong. The time between March and September is ideal for catching the most vibrant sightings of the light.

The region includes only one tiny village named Oban. Here in Oban, you’ll find a tight-knit and friendly community of fishermen and bare necessities like a school, a general store, a cinema, a pub-come-restaurant, and a couple of boutique B&Bs. The late-night quiz at the pub each Sunday is considered the nightlife here! The village also offers some of the freshest seafood around, regularly sourced from the surrounding oceans. 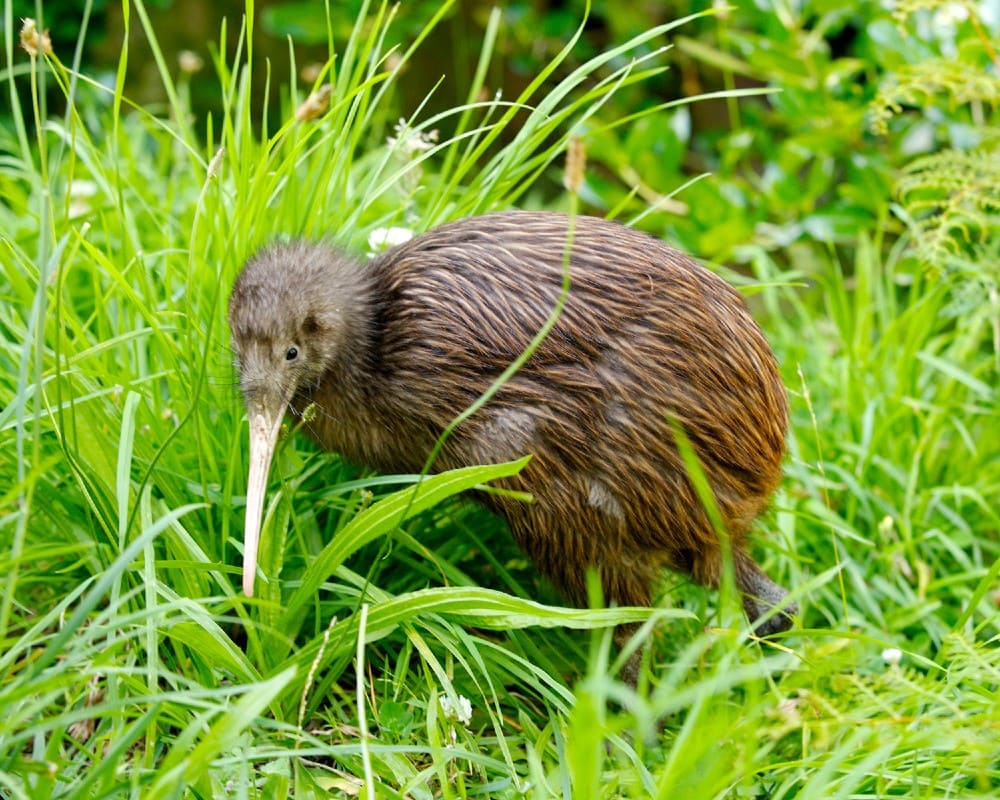 Along with the mesmerizing night skies, the idyllic island also includes large lush rainforests with breathtaking views of the wilderness. For avid hikers, there’s a 20-mile multi-day hike, which leads through the Rakiura Track, one of the Great Walks in New Zealand. The trail will also give you a chance to experience the natural beauty of the island in all its glory, with an up and close encounter with some of the unique wildlife, including a few of the rarest penguin species, and of course, the elusive kiwi.

After a $550 million transformation of the former Monte Carlo Resort, now known as the Park MGM, ...

TripAdvisor Has Revealed The Top Travel Experiences Around The World

For the frequent flyers among us, TripAdvisor can be an invaluable resource when it comes to not ...