Any child who passed their summers building sandcastles on the beach was likely to imagine themselves being able to build one large enough for them to sleep in, however unlikely it may have seemed.

Now, one Dutch city has allowed a team of sand sculptors to build a hotel entirely out of sand. The city of Oss is located in the south of the country, meaning they didn’t erect the structure on a natural beach, but rather trucked in tons of sand in order to build a literal castle out of the sand. 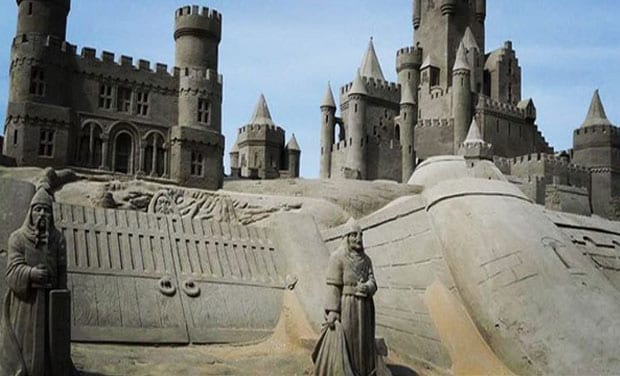 Crowned with turrets and finished with a drawbridge, the sculpture will allow for a number of guests to stay within its sandy walls. Unlike its inspiration, ice hotels, the sand hotel has been reinforced with wood in order to ensure the structural integrity of its walls.

The idea was inspired by the fact that many ice sculptors also work with sand, so if Iceland and other chilly countries can have hotels carved of ice, why not make a life sized sand castle. If the thought of being around all of that sand conjures imagines of pebbly beds, have no fear.

The hotel room itself was designed to give patrons a luxurious experience, complete with a particularly comfortable, turned down bed. 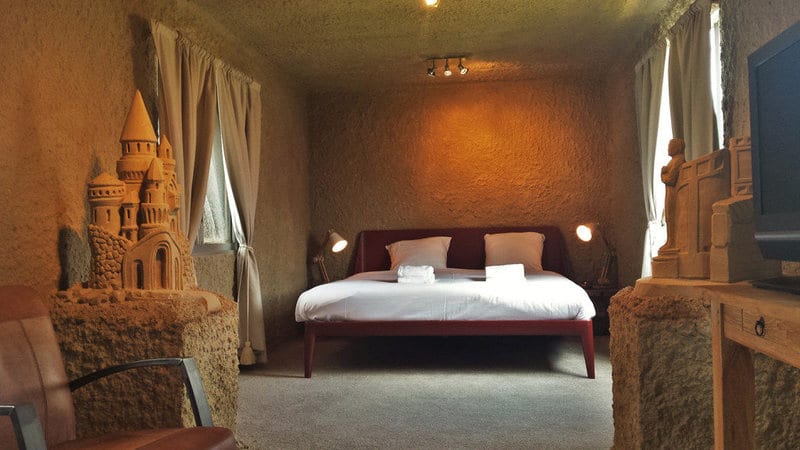 The sand hotels are a nice treat for the summer season, especially since they don’t require being kept at a frigid temperature in order to continue standing. In order to keep the walls standing, the sand was treated with a mixture of lime that helps it to harden.

This also prevents it from getting all over you and your belongings, like it otherwise would were you simply taking a trip to the beach. “I think for some people it’s a childhood fantasy to sleep in a sandcastle, while for others it’s a bit like going on an adventure, or for a special occasion,” explained the hotel’s manager, Maud van Leeuwen.

Floating Hotels That You Have To Try At Least Once

There's nothing quite like having your holiday mapped out, tickets book and the hotel brochure in ...