Christiana Coop and Aimee Lagos of Hygge & West have presented their first book, Hygge & West Home: Design for a Cozy Life (Chronicle Books), which shows how to transform 21 cabins, townhouses, bungalows, and barns, into proper homes. 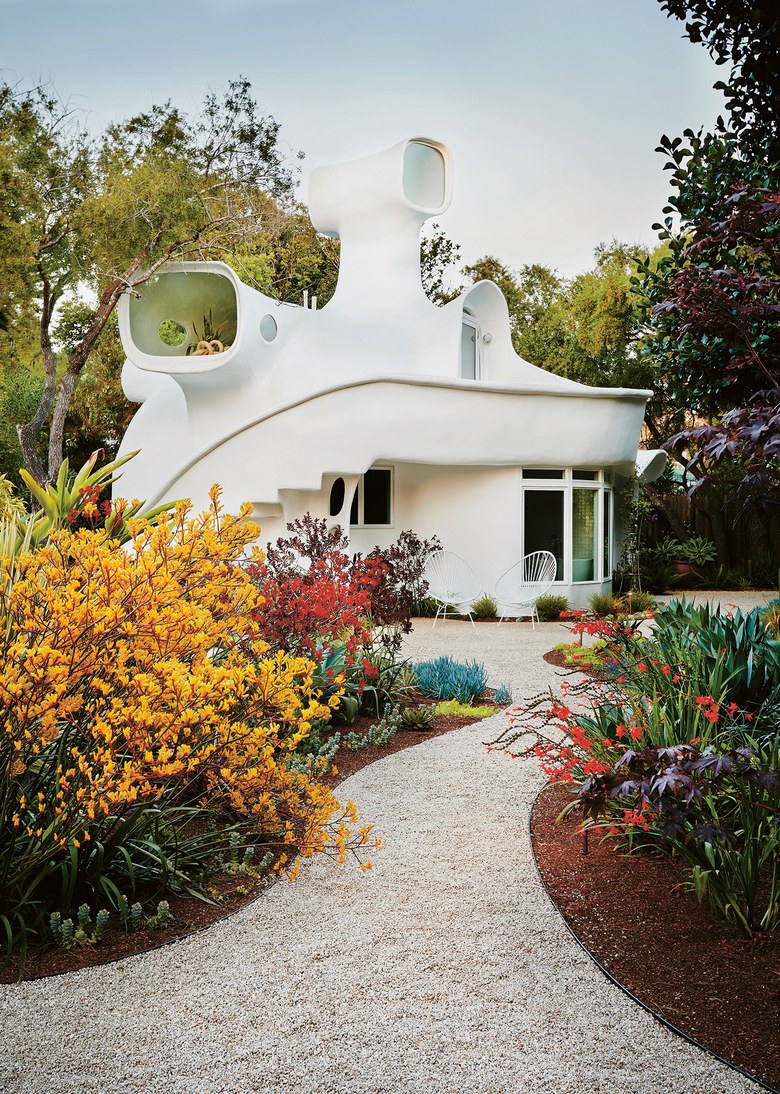 Included in the book is the intriguing subject of the “Spaceship House” of La Selva Beach, California, which was built between 1969 and 1972 by landscape architect, Mary Gordon. The 700-square-foot unusual home sits in the middle of a colorful garden and with a view of the Pacific just beyond.

“A lot of work went into picking plants and landscaping … picking the colors, [deciding] how the plants would grow,” artist and designer Angelina Rennell, who lives there part-time with her family, told Vogue. “There’s a sense of minimalism and restraint, but the garden is also unusual, and really out there.” 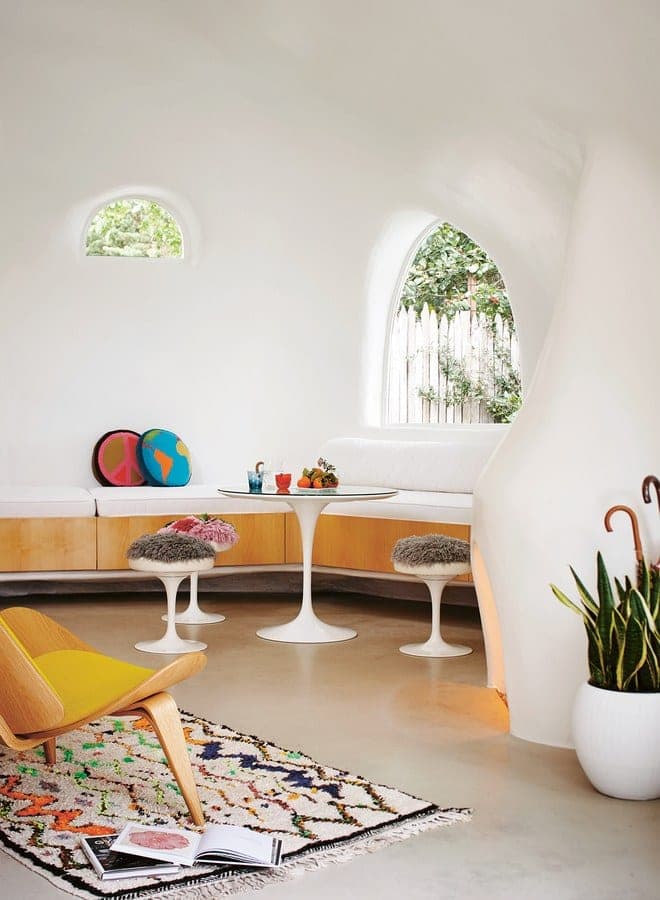 The house is filled with curvy walls, concrete flooring, and plenty of quirkiness. “My vision in all my spaces is to slowly, over a lifetime, get rid of things I don’t like and replace them with ones I love,” Rennell says in Hygge & West Home. Meanwhile, when the house was purchased in 2013 by her mother, “it was barely livable.” Rather, it was considered a kind of passion project. “Every wall, every window, almost every inch needed to be replaced or restored.” 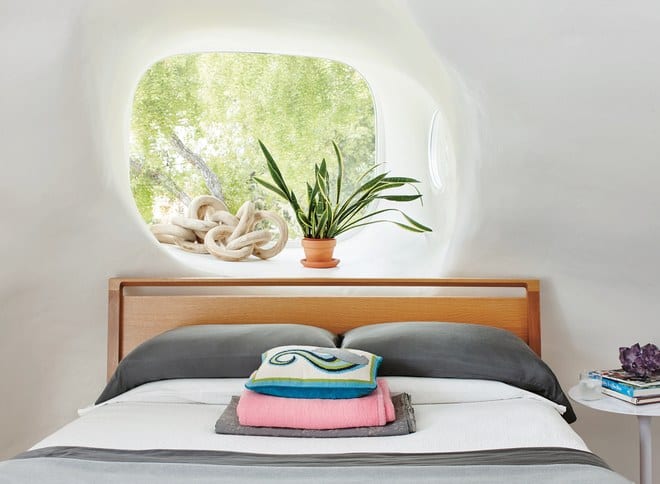 Rennell had always had a fascination for houses and architecture and explained, “The first house that I remember, and still dream about all the time, was nestled up on a hilltop.” She said, When you were there it was as if you were way out in the country, but in reality, you weren’t … and it was all decks and windows.”

Over the next two years after purchasing the home, the space was made livable, and there are “little nooks and crannies and spaces that bring your eye out.” With plenty of windows, moreover, the house gets plenty of air, and there is a generous space so as not to feel overcrowded.

It has been somewhat of a family tradition to travel to a new and exotic place, once a year, for as ...

The Digital Detox – How To Unplug While On Vacation

Before a time of iPhones, iPads, Instagram, and WhatsApp, a vacation would be a time of shutting ...