Bubble hotels are proliferating around the world, but one Norwegian city wants you to sleep under the stars in a different sort of way. Forty-five or so miles north of Oslo, the Solobservatoriet campus is beginning to offer a one of a kind experience that involves getting a little bit closer to outer space.

The research center has already been planning to expand its facilities, which includes building a central, dome-like building, meant to evoke the feeling of a planet rising up from the horizon. The outside of the building is set to be engraved with various stellar constellations. 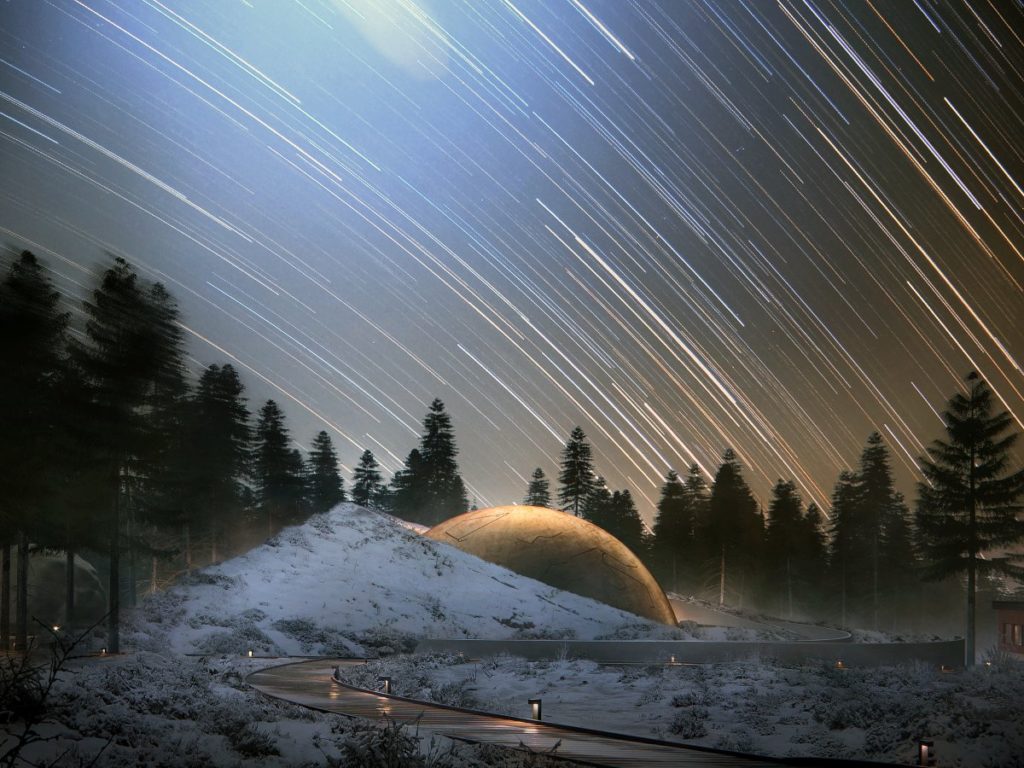 Along with these renovations, the center is also adding rooms that guests will be able to book for overnight stays, with each cabin arranged around the central building like planets in a solar system. Every inch of the new design will be drawing inspiration from the solar system of which we’re a part, including the inside of the planetarium which will pay homage to phenomena like the moons of Mars, the very first planetarium in Ancient Greece, and the orbits of the planets themselves. 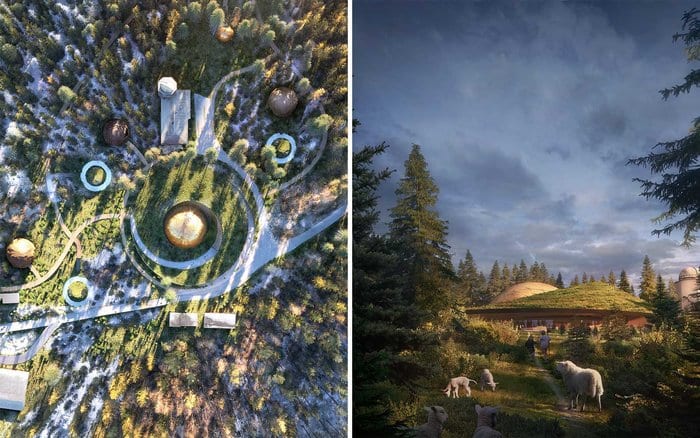 The project itself might sound entirely futuristic, but the developers have also accommodated for the natural setting that surrounds the site itself. They plan to cover the rest of the dome with indigenous plants from the area, in order to make the buildings blend better into the forest in which they sit.

As for the cabins that will be opening for guests to stay in, there will various options to suit guests’ needs, starting with a small two-person cabin, but stretching all the way to an option that will sleep up to 32 people. The large camp bunk sounds like it would be the perfect thing for a group of students traveling on an educational overnight trip in Norway.

The Best Pet-Friendly Hotels Around The World

Many of us can’t bear the thought of leaving our pets behind, and now it looks as though we won’t ...

If it was up to your kids, they’d spend all year vacationing. And let’s be honest – wouldn’t we as ...

On Holiday In Puerto Rico: All The Best Things To Do