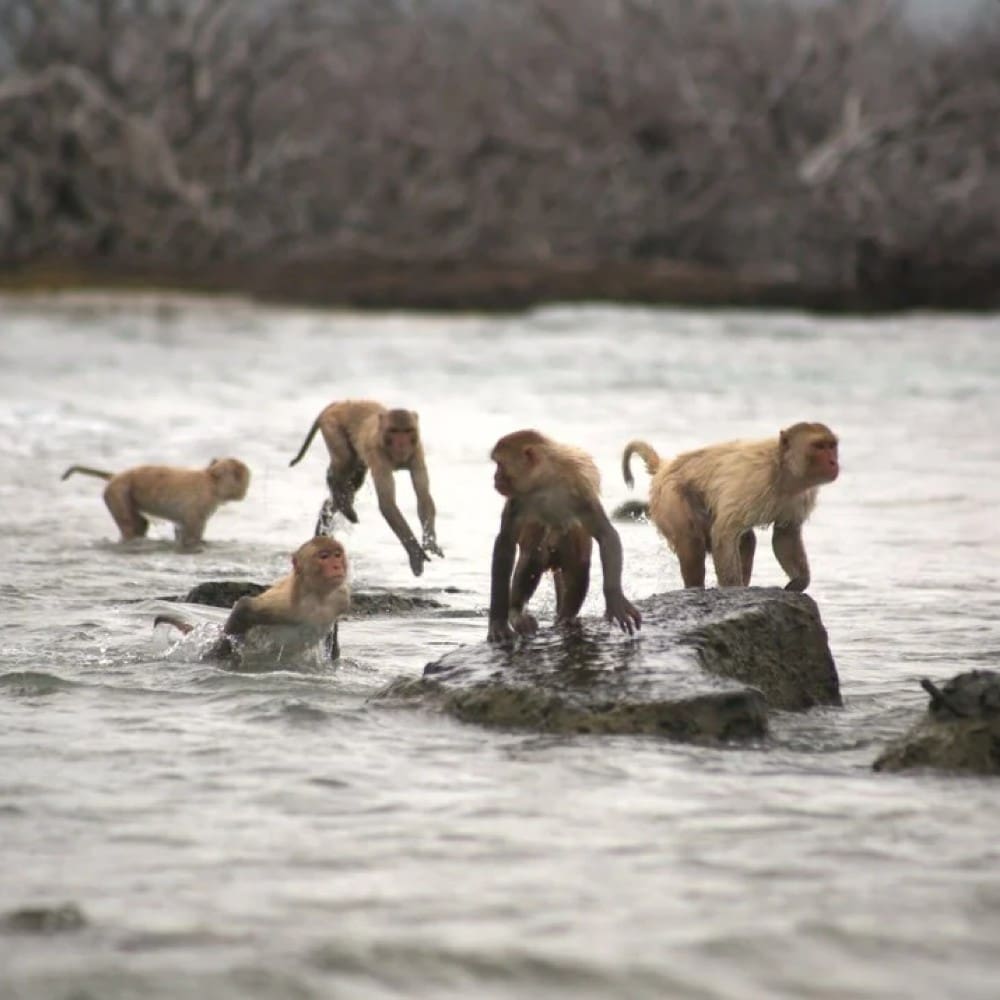 This island of Puerto Rico is locally known as The Monkey Island, due to its large community of animal residents. Around 1500 rhesus macaques call Cayo Santiago home, which is an island a mile off the eastern shore of Puerto Rico.

During the late 1930s, primatologist Clarence Carpenter brought around 450 of this specific species from India to this 38-acre island of Puerto Rico. The main objective was to study their social behavior. That effort gradually turned into pioneering research and the natural enclave eventually grew up to be the Caribbean Primate Research Center. Under the University of Puerto Rico, this educational and research facility is now one of the world’s top institutions for studying primate behavior.

The Monkeys of the Island 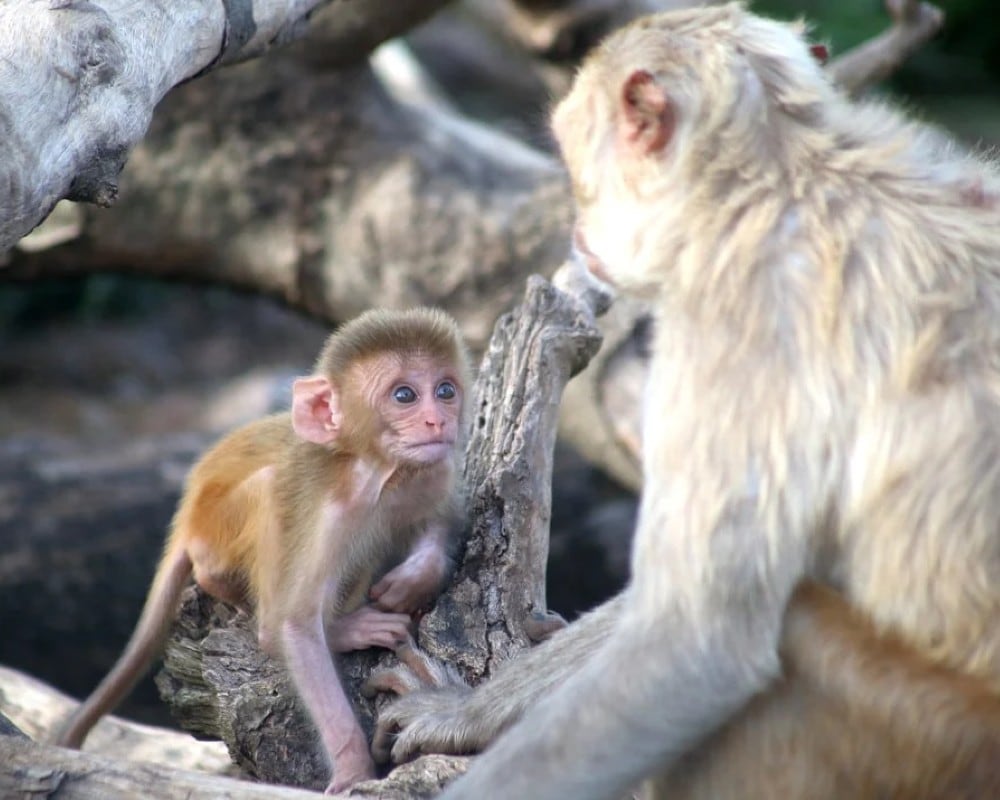 From that original colony, generations of monkeys gradually descended over the years and today, they all roam freely throughout the island. They play on the sandy beaches, swim in the water, and explore its endless lush canopy of trees. The adult monkeys weigh around 20 pounds and feature straw-colored fur with a fluffy long tail. Today, the monkey community largely lives independently, without any human intervention except feedings, as the monkeys usually wreak havoc on the natural vegetation of the island.

The Diet of the Monkeys

From the very beginning, food provisions have been important to sustaining the population of these mammals, as the monkeys quickly ate and destroyed all of the island vegetation. Now, they have a regular diet of corn, coconuts, apples, papaya, seeds, and Purina Monkey Chow, which are egg-shaped, yellow-colored dry biscuits. According to Alyssa Arre, the scientific director of the research center, the monkeys like to put the monkey chow in a puddle and roll it around until it softens, before eating it. Arre also confirms that despite popular belief and media depictions, these monkeys are not big fans of bananas. 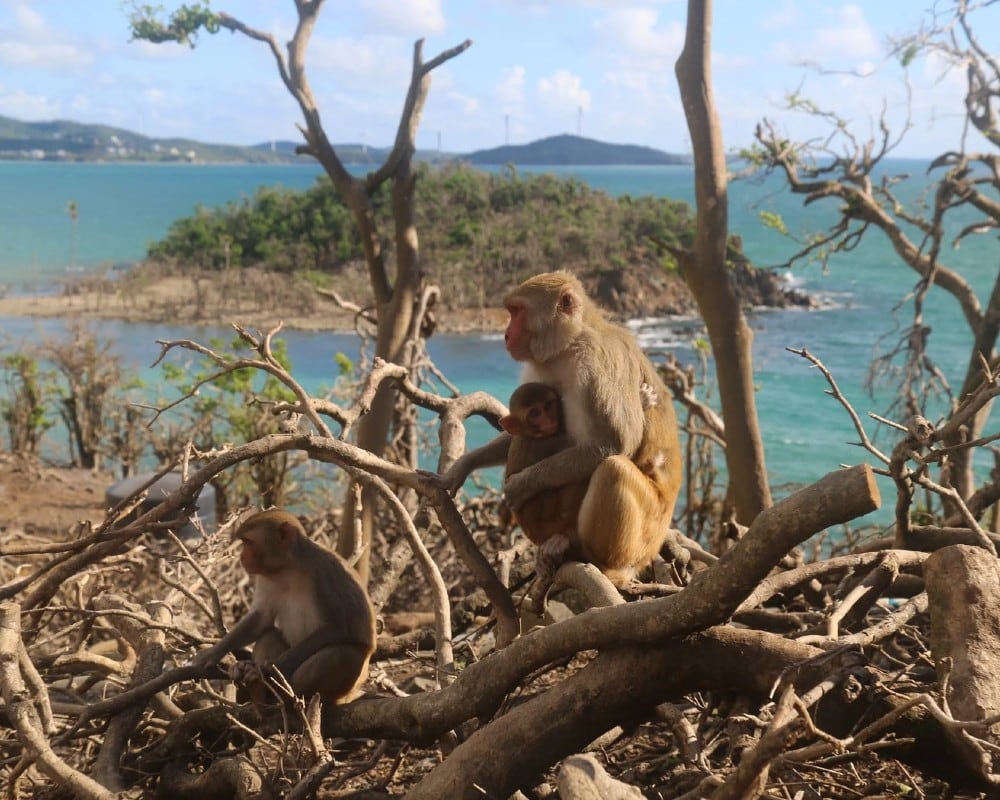 Currently, Arre and her group are studying the traumatic effect of Hurricane Maria on the community of these monkeys. On September 20, 2017, this category 4 hurricane pummeled the Puerto Rican island with flooding rain and wind gusts of 170 miles per hour. But while the human citizens were largely devastated by the death toll, the monkey community emerged surprisingly unscathed! Arre suspects that the monkeys survived by staying low to the ground and by taking shelter by climbing onto the two hills of the island. The ongoing research studies are still focusing on the hurricane’s effect on the behavioral pattern, social communication, and health of the monkeys on the island.

The Best Miami Hostels for Backpackers

If you’re the kind of person that can head off into the unknown with just a backpack for company, ...

A Live Travel Trivia Game to Play Right From the Couch

Travel Trivia? That's an adventure – for your mind. Even if you can’t live your dreams by ...