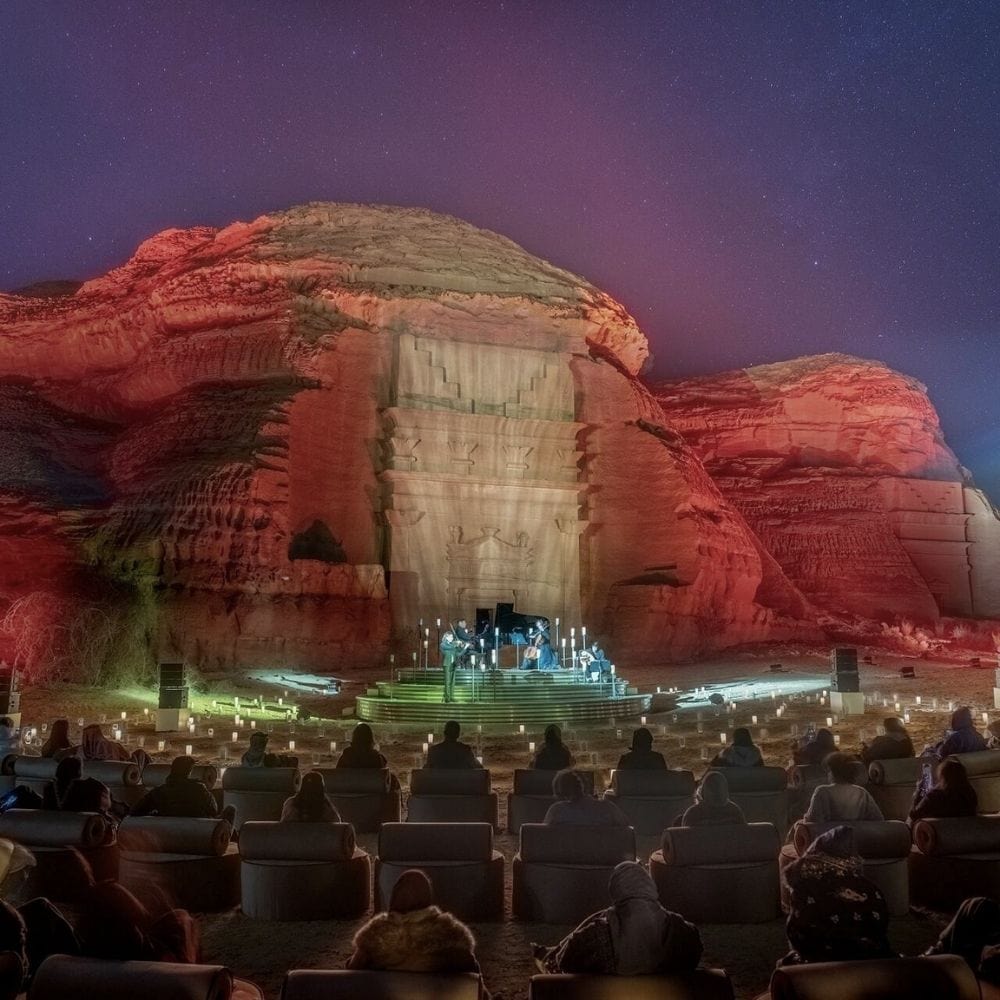 Hegra is a UNESCO World Heritage site located in Saudi Arabia and it’s the largest conserved site of Nabateans south of Petra which has been beautifully preserved. The site also serves as a station along the Hajj route for providing supplies like water for the pilgrims undertaking the journey. However, as recently as 2020, travelers were able to gain easy access to the site and explore it more fully. And one of the amazing offerings was a candlelight concert in the desert. 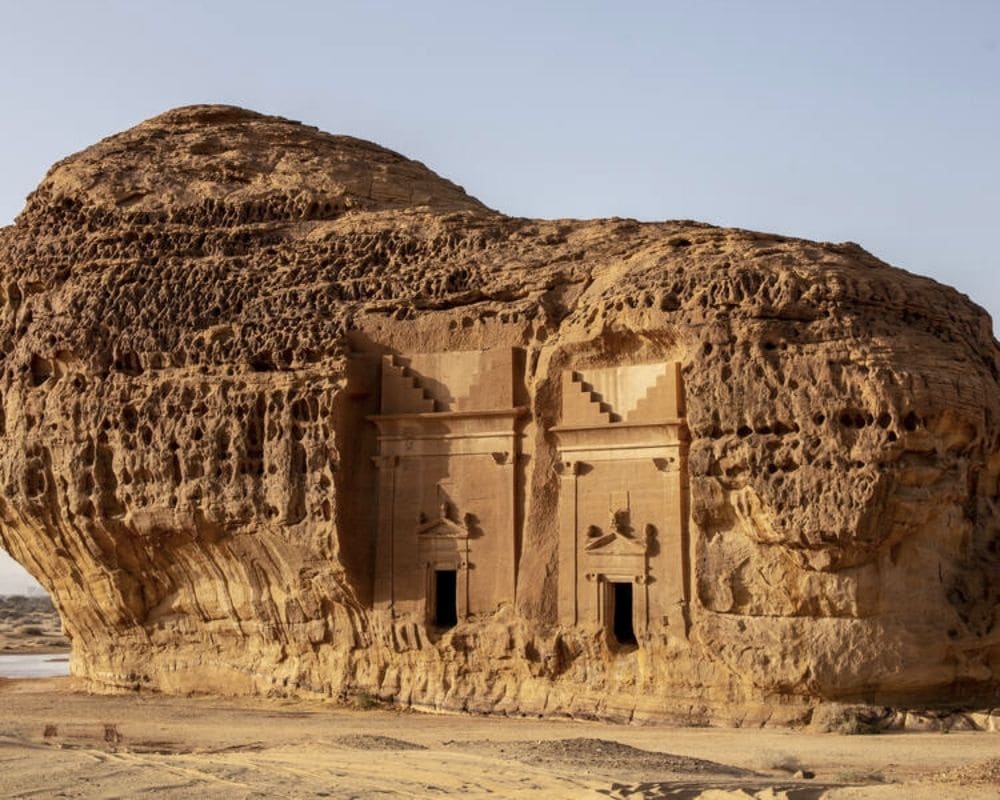 The candlelight concert is the first event of this intimacy level to be ever organized in Hegra. The first concert happened on Christmas Eve, 2021, and the second was organized to welcome the year 2022 on December 31, 2022. The event starred South African musical director Stefan Lombard’s ensemble. The instruments consisted of the piano, cello, violin, and the traditional oud. The ensemble played musical pieces from classical compositions, and soundtracks from Arab movies as well as a different take on the latest pop numbers. The audience was able to enjoy the music in an ambiance lightened up by 500 hand-sculpted, high-tech candles that flickered over the 100 monumental tombs. The sight was one to behold when the music and the light danced along, playing not just with the eyes and ears but also touching the audience’s heart.

The two events were exclusively done for the AlUla Moments Season, specifically designed for the prestigious “Winter At Tantora.” The rest of the season is filled with musical, wellness, and art events as well as immersive heritage experiences and star-studded concerts. Not only that, but visitors will be able to undertake adventurous activities for a little thrill. The show was produced by the Balich Wonder Studio, a live entertainment group that specializes in the creation and production of large-scale events, brand experiences, ceremonies, and more throughout the world. 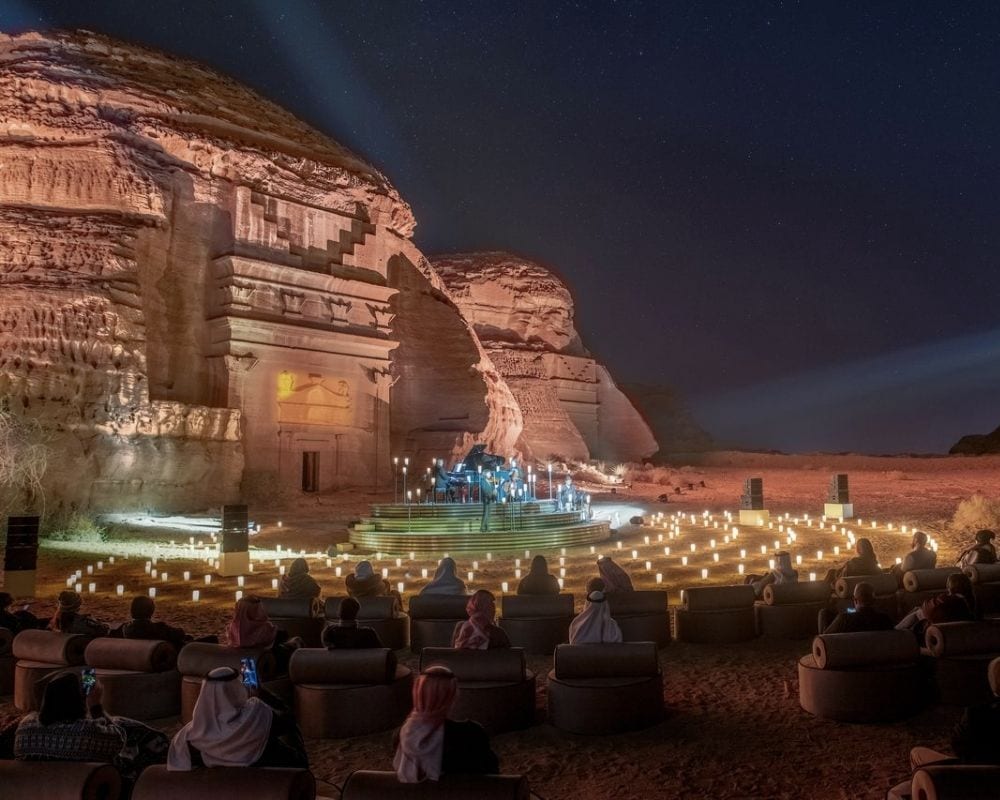 Hegra is the first UNESCO World Heritage Site in Saudi Arabia that was declared so in 2008. The place houses over 100 monumental tombs carved from rock formations. The site lies only 22 minutes from AlUla city. Of more than the 100 tombs it houses, 94 are decorated. The site also has water wells, approximately 50 inscriptions of the pre-Nabatean period, and some cave drawings. The sight is a testament to the architectural accomplishments and hydraulic expertise of the Nabatean people. Hegra is also known as Al-Hijr to the Muslim community of the world. After thousands of years, Saudi Arabia has finally opened up the site for tourist exploration and it has attracted people in droves.

How To Make New Travel Buddies When You’re Shy

Perhaps you want to head traveling but have no one to go with? Maybe you've always wanted to see ...

They might be the kings of music, but their roots lie in southern comfort. The Jonas family is all ...