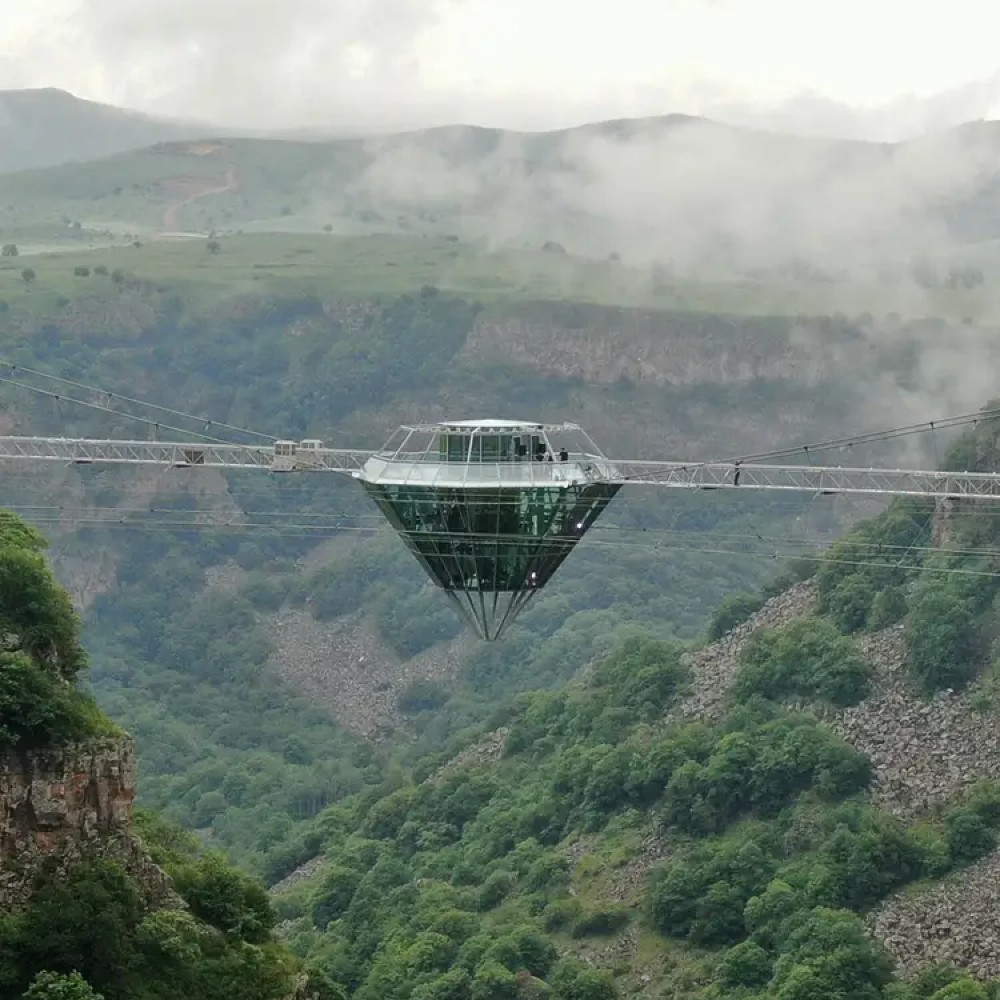 Georgia now truly has its own ‘diamond in the sky!’ Located around a two-hour drive west of Tbilisi, a diamond-shaped glass restaurant is now sitting suspended mid-air from a glass bridge. The entire construction is dangling almost 900 feet above the famous Dashbashi Canyon, commonly known as the Tsalka Canyon. Let’s know more about this intriguing venue.

The recently opened spectacular landmark features a first-of-its-kind restaurant hanging at the center of a 787-foot-long glass bridge. With several levels inside, the glass bar is located at the highest point of the bridge. The Georgian and Israeli investment firm Kass Group, which financially backed the whole project, has dubbed the bridge Diamond Bridge. According to the group, the construction is the crown jewel of the country, and is going to constitute a distinctive attraction for both residents and international tourists. The restaurant is surrounded by breathtaking vista of lush steep slopes of the canyon and astounding waterfalls. The transparent structure gives the person sitting inside a viewpoint of the Dashbashi Canyon Natural Monument with the gushing Ktsia River flowing through volcanic rocks. 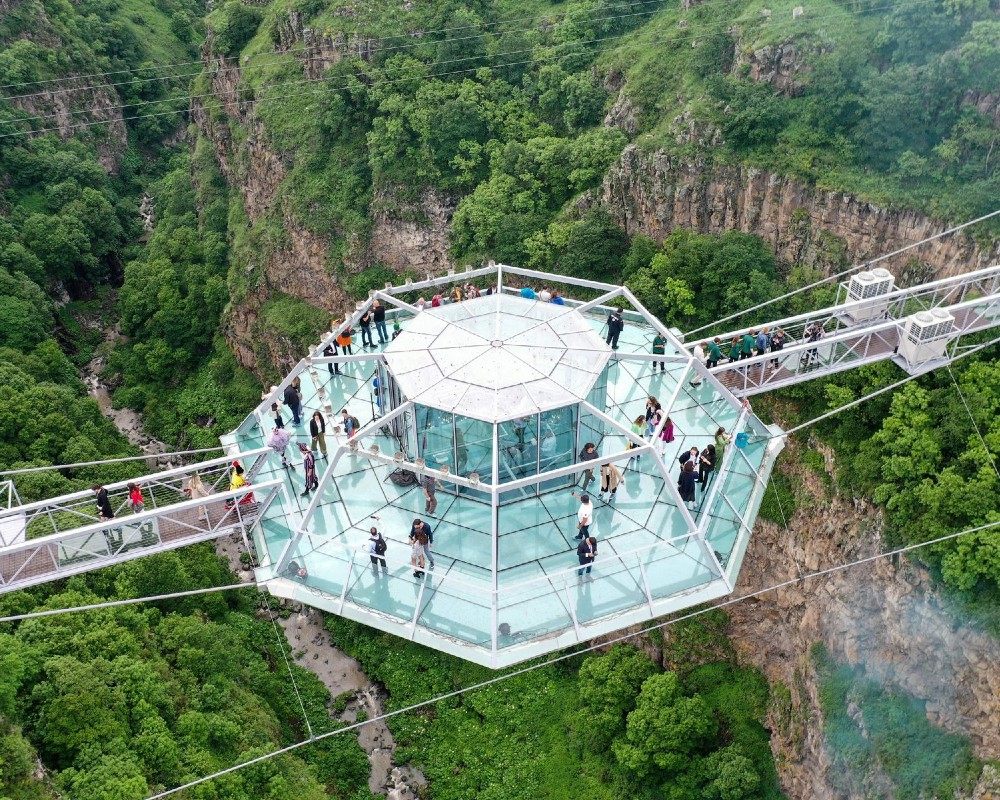 Irakli Garibashvili, the Prime Minister of Georgia attended the recent inauguration ceremony of the new restaurant in the capital city of Tbilisi. He proudly stated that this unique landmark is a prominent example of Georgian heritage and modern development, converged through world-class infrastructure. The Diamond Bridge also includes interesting features like a cliff swing and a zip line for the diners to bike across. The Kass Group revealed their upcoming plan of laser light shows on the location that can be visible from the restaurant and the visitor’s center. Additionally, the group also plans to submit the restaurant to the Guinness World Records to make it officially the highest hanging restaurant in the world suspended from a bridge.

The world is dotted with historic restaurants that have hosted famous diners and acted as community ...

The Most Overlooked Travel Destinations Worth Visiting

From time-warping mountain towns to beautiful beaches, there are some destinations ...

Its Time To Take A Visit To Hydra, The Quaint Greek Island With No Cars

Thinking of your next travel adventure? Looking to escape the hustle and bustle of work and city ...