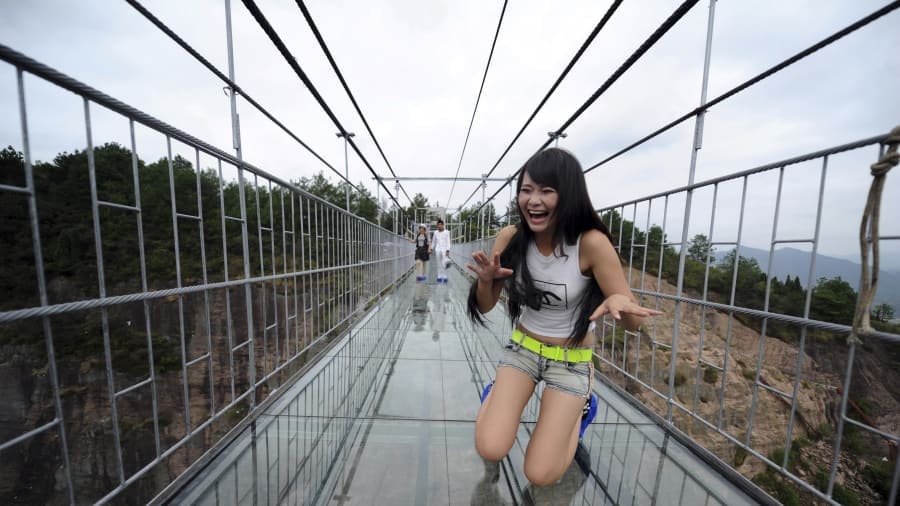 Despite vertigo suffered by those traversing the see-through bridge, its builders are reassuring the public it is absolutely safe. Each glass pane is just under an inch thick and reportedly 25 times stronger than regular glass.

“The bridge we build will stand firm even if tourists are jumping on it,” said a construction worker who worked on the project in an interview with the state’s China News Service. “The steel frame used to support and encase the glass bridge is also very strong and densely built, so even if a glass is broke, travelers won’t fall through.” 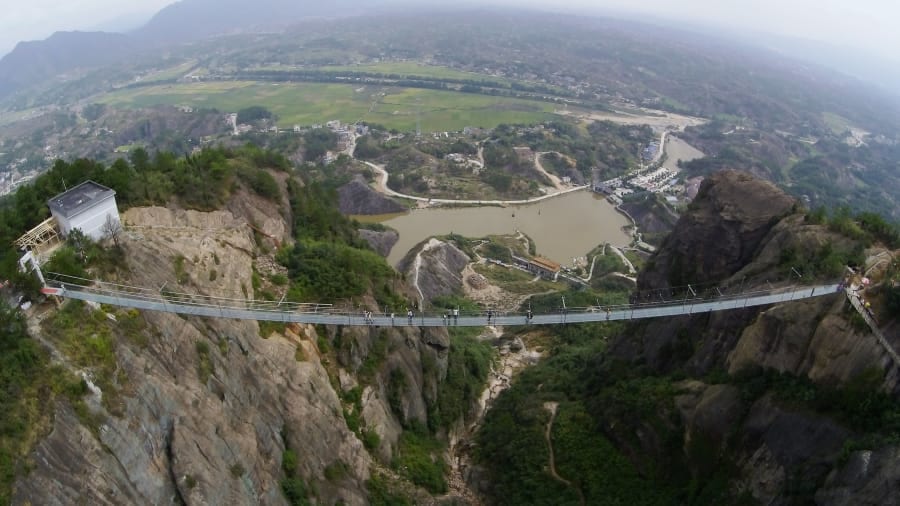 Before Haohan Qiao was fitted with glass, it was a wooden bridge. The park experimented with fitting a portion of the bridge with glass in 2014 and was so happy with the results it decided to revamp the overpass.

Later this year, another glass bridge is set to open in Hunan Province above the pastoral Zhangjiaijie Grand Canyon area. This park is located some 186 miles northwest of Shiniuzhai and is famous for its pristine nature and incredible landscape. 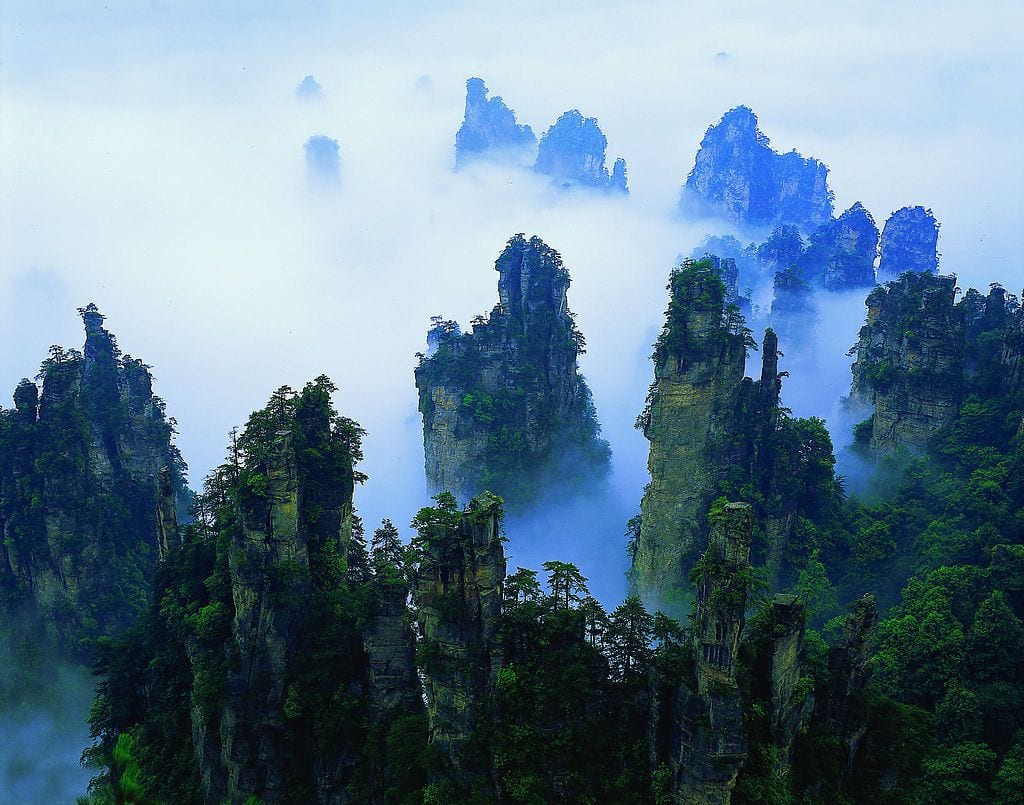 Although Western travelers may not have heard of Zhangjiajie park, they may recognize it from James Cameron’s Avatar. The park’s unique quartz sandstone pillars jutting out of the clouds appear to be floating in the sky, which inspired the movie’s artists. Chinese officials were so pleased they renamed one of the iconic quartz sandstone spires Avatar Hallelujah Mountain in honor of the movie.

The natural quart sandstone pillars are so unique that the park was named a UNESCO World Heritage Site. The Zhangjiajie bridge will be over 1,400 feet long and almost 1,000 feet high.

Hold On To Your Handlebars: Mustachioed Tour Of Slovenia Capital Ljubljana Is Best In Europe

For those bicycle enthusiasts among you who love trips abroad as well, here's one of the more ...

Aside from its breathtaking coastline and colorful architecture, Portugal has so much more to ...