The mysterious bloodstained cliff known as Taylor Glacier in East Antarctica was first discovered in 1911. Now the cliff is usually referred to as ‘blood falls’ because of the way blood colored water drenches the cliff and then pours into the sea. Don’t worry! Although the edge of the cliff does resemble a crime scene, there is no actual blood involved in this story. Thanks to researchers at the University of Alaska Fairbanks, the true nature of the eery blood colored water was finally figured out after more than 100 years of a false hypothesis. 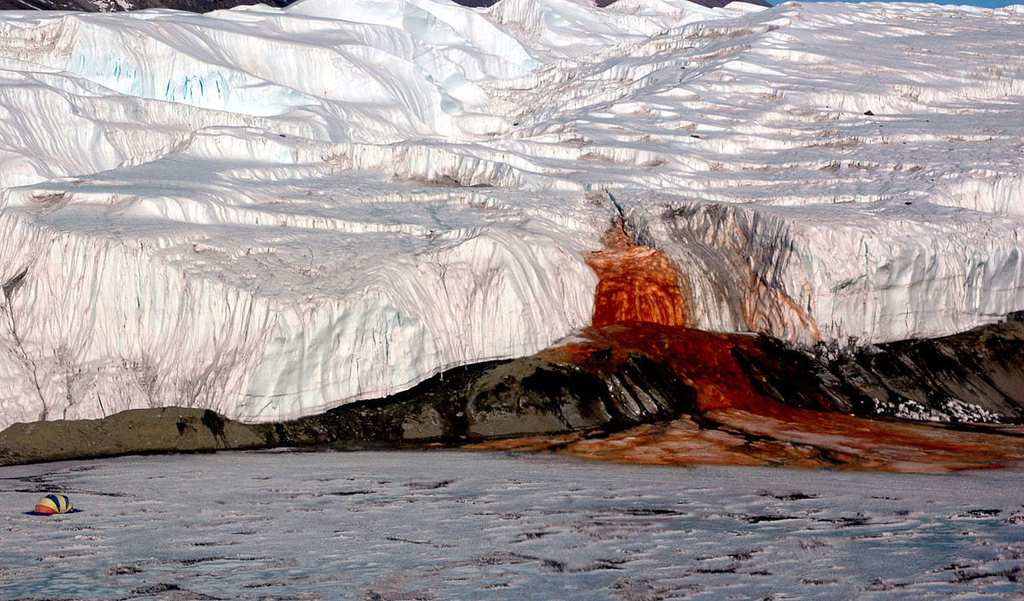 For more than 100 years, experts thought the rich red color stemmed from algae in the water. Recently, something more strange was discovered that confirmed the original hypothesis was not true. According to Yahoo News, the cliff “oozes, iron-rich brine which oxidises when it comes in contact with air, in the same way that iron rusts.”

Researchers from the University of Alaska Fairbanks explained that “the ‘rusty’ water comes from a small saltwater lake trapped beneath a glacier, which may have been there for a million years. The lake is so salty it can’t freeze at normal temperatures – and scrapes irons from the bedrock as it seeps through the ice to Blood Falls.” 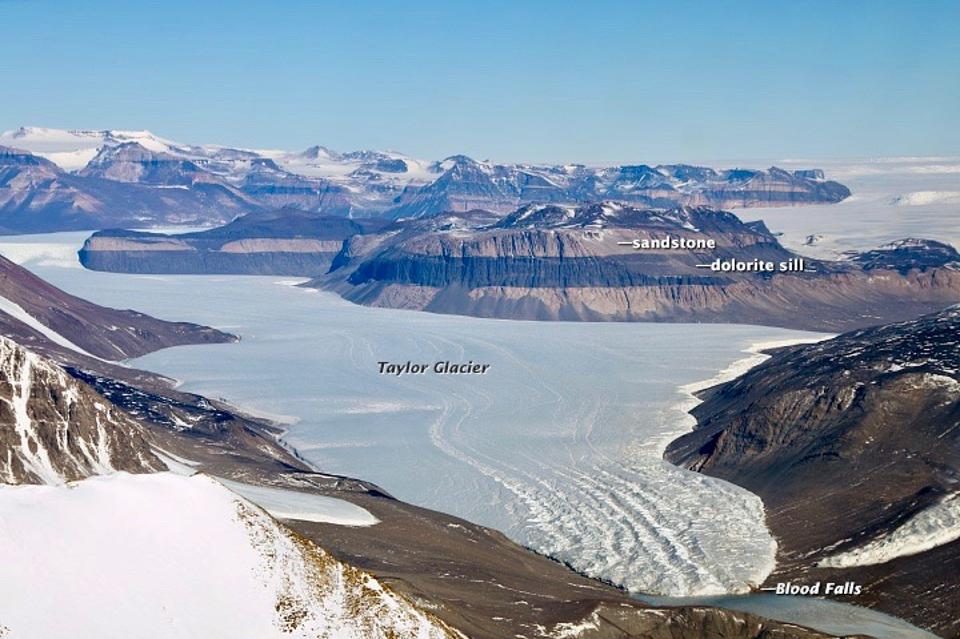 Christina Carr, a doctoral student at UAF continued, “We moved the antennae around the glacier in grid-like patterns so that we could ‘see’ what was underneath us inside the ice, kind of like a bat uses echolocation to ‘see’ things around it.” The researchers identified that the liquid water stayed inside of the freezing glacier. Before this discovery was made known, scientists thought this was impossible

Carr explained, “While it sounds counterintuitive, water releases heat as it freezes, and that heat warms the surrounding colder ice. Taylor Glacier is now the coldest known glacier to have persistently flowing water.”

This Caribbean Nation May Have Just Ruined Tourism

Barbados may be known as a place for fun in the sun, as well as the birthplace of pop star Rihanna, ...

The Best Beaches In Europe You Need To Visit

A vacation can mean different things to different people, but there is one thing that many people ...