Heathrow Express, the train service that connects between Heathrow Airport and London Paddington station, is collaborating with acclaimed sculptor Rebecca Sutherland to show commuters how they are combating waste on trains.

Travelers are struck by Sutherland’s artwork that emerges on the walls leading to Terminal 2’s baggage hall, which were made completely of garbage left behind by travelers before them. 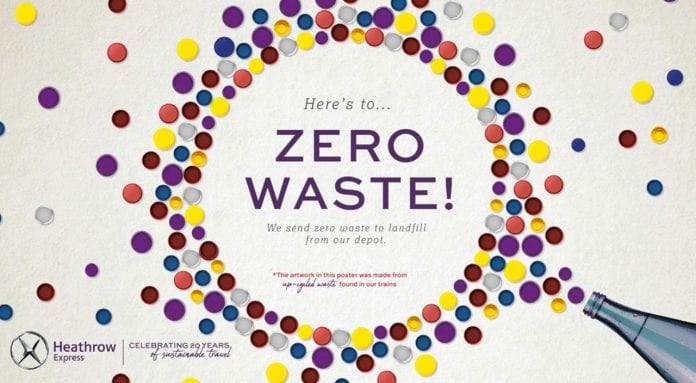 Sutherland used everything she could that was left behind, from newspapers to bottle caps. As for the images featured in her artwork, these include dancers, musicians, typography, patterns, and a plate of fish and chips, perhaps England’s most iconic dish.

The train line has achieved a high level of sustainability, which includes all-electric trains. In addition, the company even recycles 100% of their garbage and has a relatively high number of female drivers, although it is not yet 50%. 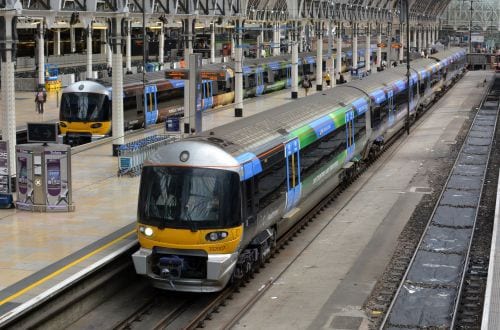 Infographics promoting the line, as well as the artwork, will be seen by hundreds of thousands who use the Heathrow Express. When asked about the project, Sutherland said, “My thinking was to create things that touched that sweet spot between being seen as refuse and a visually stunning image. We worked hard on getting that right. Just enough change so we can still see what it is.” 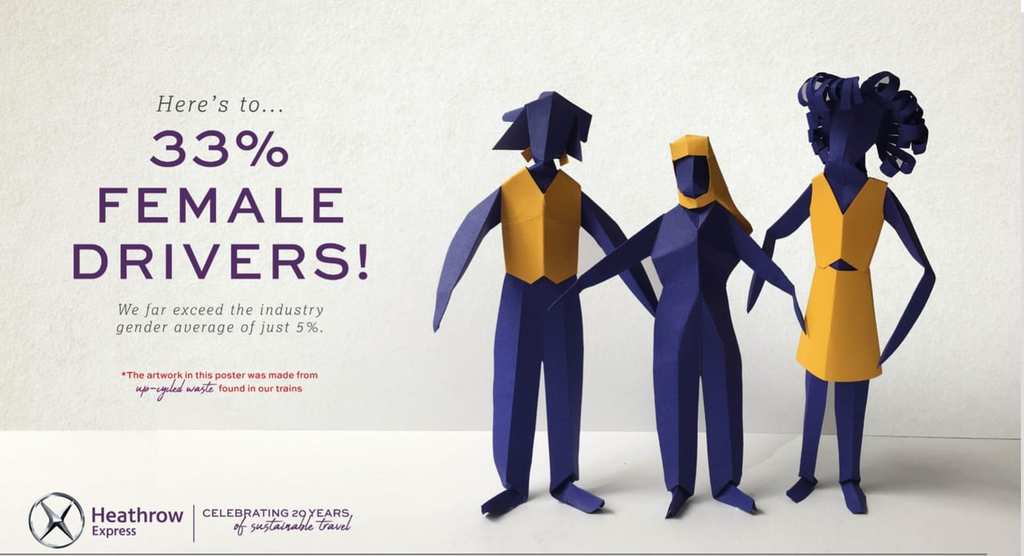 “It’s strange to say,” she added, “but when I was clearing up from the project, I had around 15 cups left over. It seemed wrong to throw them in the bin because they had been a resource all week. They had been as valuable as my pencil or my scissors.”

The initiative is part of Heathrow’s larger plan for greater sustainability in travel, which is increasingly seen as important by travelers. Statistics posted on the 2017 Sustainable Travel Report by Booking.com, a hotel booking platform, found that 67% of travelers wouldn’t have a problem spending more on a more sustainable travel experience. In addition, German tourist firm TUI has revealed that its clients reported a better experience at its sustainability-certified hotels.

Taking A Look At The Beautiful Beaches Of Italy

Italy is an incredibly unique country where you can find snow-covered mountains for skiing, wide ...

The Best Amusement Parks in the US

Life can be a jolly ride if you want it to be. One of the best things to do for fun if you are ...

If you’re the kind of person who loves to go camping with their family — or even on your own, or ...