A new fitness trend that combines both joy and discipline is gaining popularity – beer yoga. They may not seem like they go hand in hand, but this new mix of beer and yoga is building serious momentum. 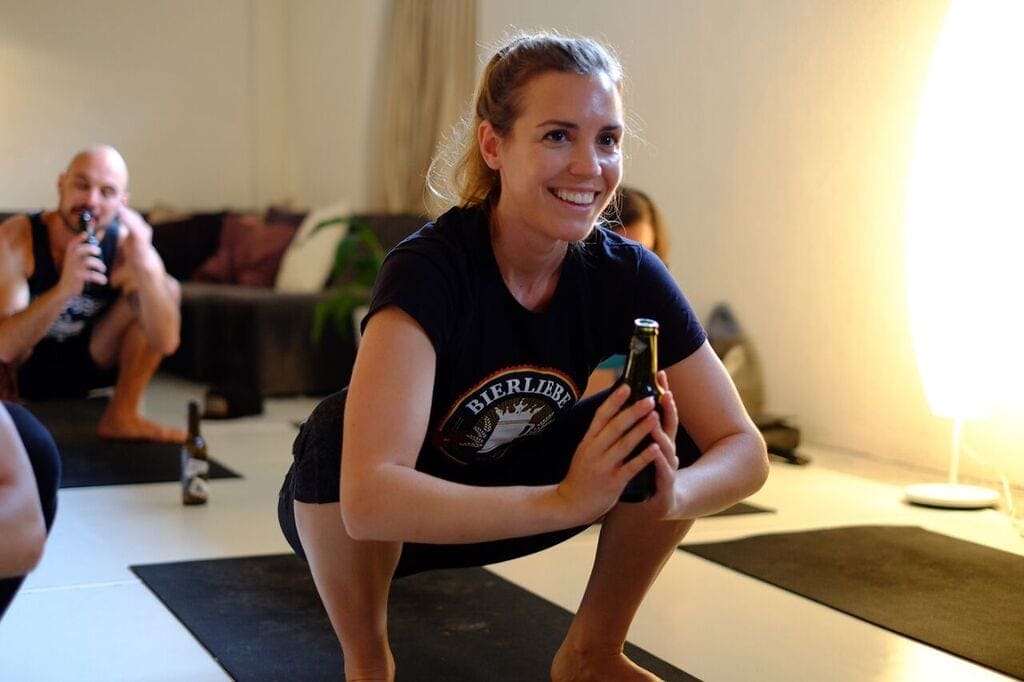 Quite simply, you can go through a variety of yoga poses while enjoying a fresh bottle of your favorite beer. The new institution provides Yogis with the chance to balance beer bottles on their heads while practising asanas.

Critics consider the trend to be gimmicky and a conflict of ideologies. However, the pair behind the idea, Emily and Jhula take their idea very seriously.

The two yoga teachers hail from Berlin and, keeping in spirit with German culture, decided to combine their passion for beer with their yoga disciplines. They believe that the two can fit together perfectly to provide a spiritually fulfilling experience.

The pair founded German company BierYoga in 2015 and have since reiterated their seriousness on their website. “Both are centuries-old therapies for body, mind and soul,” they said. “The joy of drinking beer and the mindfulness of yoga complement each other, and make for an energizing experience.” 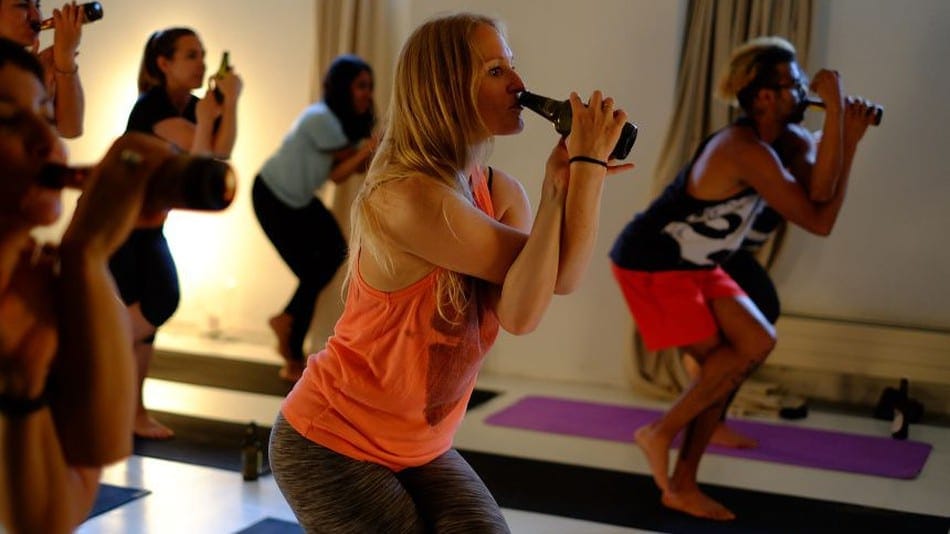 Emily and Jhula first saw someone doing “Beer Yoga” at Burning Man, which inspired their decision to pursue their dream. And it seems like other communities are starting to subscribe to Emily and Jhula’s vision. The pair travelled to Australia and Bangkok to spread the word, while the Thai capital’s version of the class is called Brew Yoga.

However, the focus of BierYoga is not to get drunk. Students usually receive just one bottle per class and use it as a balancing tool to strengthen one’s poses. BierYoga is currently a private institution, meaning that public classes don’t exist at this moment in time.

Jhula said that they have “no concrete plans to open a second base outside of Germany at the moment.” But even so, it seems like philosophy has become bigger than Emily and Jhula could have ever imagined. So expect to see an incarnation of BeerYoga open up near you, sooner rather than later.

Jaw-Dropping Beaches That Are In The Uk

Thinking of the UK doesn’t usually conjure up images of beaming sunshine and white sandy beaches. ...

Why Everyone Is Heading To The South Of France In 2019

If you told yourself that 2019 was going to be your year, then it’s time to make that statement a ...

The Most Breathtakingly Beautiful Beaches In The World According To Instagram

Whitehaven Beach, Australia The world's most Instagrammed beach is located probably where ...