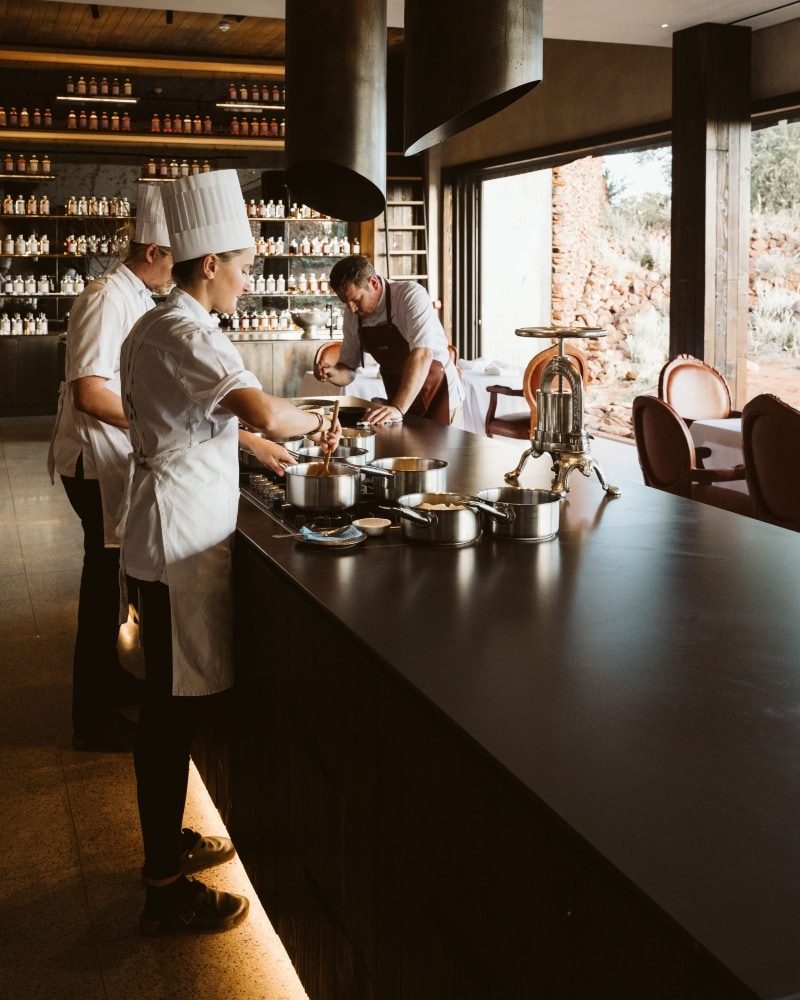 Tswalu, the location for Klein Jan, is a privately owned game reserve near the Botswana border. The restaurant is a literal bright spot in the Kalahari Desert. One minute you’re driving in a safari through the desert looking for pangolins, aardvarks, and wild dogs, the next you see a white structure under a tree. The 100- year-old farmhouse, which houses the restaurant, appears like a movie set in the middle of nothingness. As unlikely as the location is for the opening restaurant, it makes sense given the chef’s upbringing, which happened on a farm in Mpumalanga Province, east of Johannesburg. Van der Westhuizen moved to France after his graduation, and opened his first restaurant, Jan, in Nice in 2013. The chef, who became the first South African with a Michelin-star restaurant, sees the opening of Klein Jan as a homecoming. 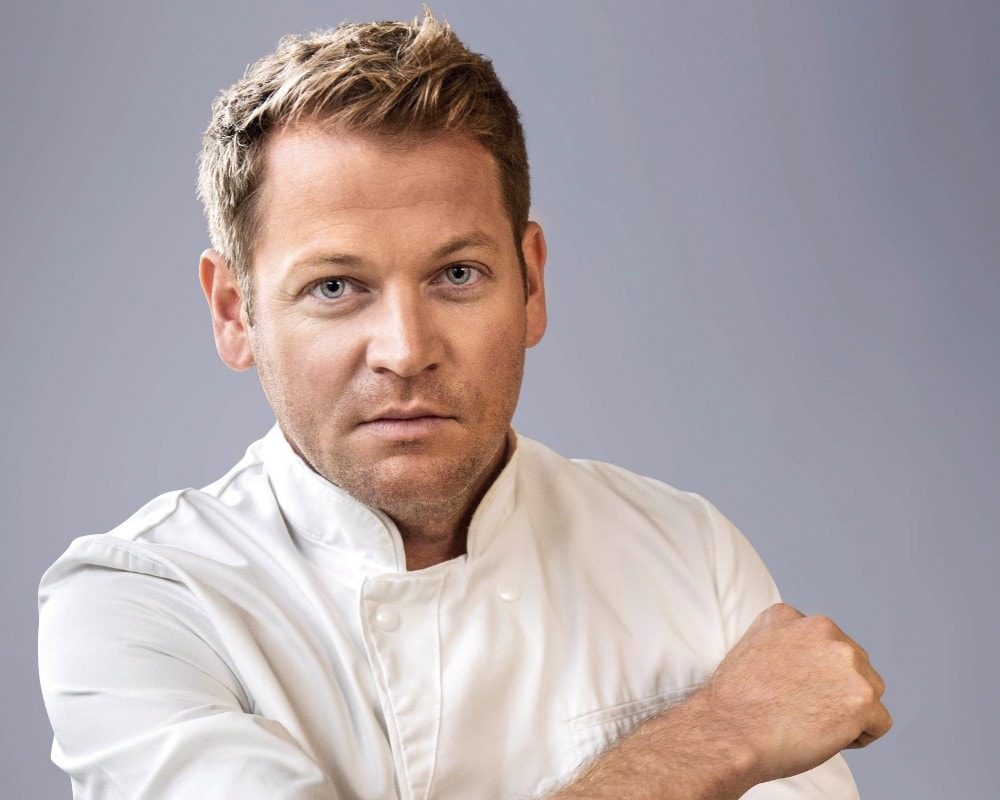 The menu features food that is an ode to van der Westhuizen’s African grandmother’s Dutch-influenced farm cooking. Dishes like Mieliepap, corn porridge, and bobotie, a curried minced-meat dish, all get a new treatment at the hand of Klein Jan. The menu also features locally sourced South African ingredients like wild Tsama melons and hyper-regional homemade cheeses. Through the patio, the one-room farmhouse, down the spiral staircase to the underground cellar, finally onto the lofty dining room, one is taken through an entire journey at Klein Jan. The restaurant doesn’t just promise a meal, it promises an experience. In the words of the star chef, creating the experience is his style of storytelling.

Revealed: The Best Natural Swimming Pools In The World

As the weather heats up, the time has come to find your favorite refreshing watering hole. Well, ...

5 Reasons to Visit Axarquia in Spain

You probably don’t need us to tell you that Spain is a hugely popular tourist destination. This ...

Everything You Need to Know About Camping In Iceland

Iceland is a beautiful country that’s perfect for adventurers and nature lovers alike. However, ...